Skip to content
By November 17, 2020National NewsLeave a Comment on President-elect Biden Speaks On Transition, COVID-19 Crisis and Economic Recovery

President-elect Joe Biden along with Vice President-elect Kamala Harris spoke on Monday, saying they were eager to work on getting the economy back on track and tackle the ongoing COVID-19 crisis. Biden also said his team was moving forward with naming cabinet members and pulling together plans for the economy and the pandemic, despite the fact that President Donald Trump has refused to concede.  Biden noted, “It would make it a lot easier if the president would cooperate. I’m hopeful that the president will be mildly more enlightened before we get to Jan. 20.”

Biden laid out some of his vision for an economic recovery including raising the national minimum wage to $15 per hour; restoring corporate taxes on the largest corporations and making sure that the federal government buys U.S. products.

Biden also spoke about Thanksgiving and Christmas, noting that health experts advised not meeting with more than five other people indoors for holiday gatherings, and asking Americans to wear masks and practice social distancing. “I want us to be together next Thanksgiving and next Christmas. We’re at war with the virus, it is a war for real.” 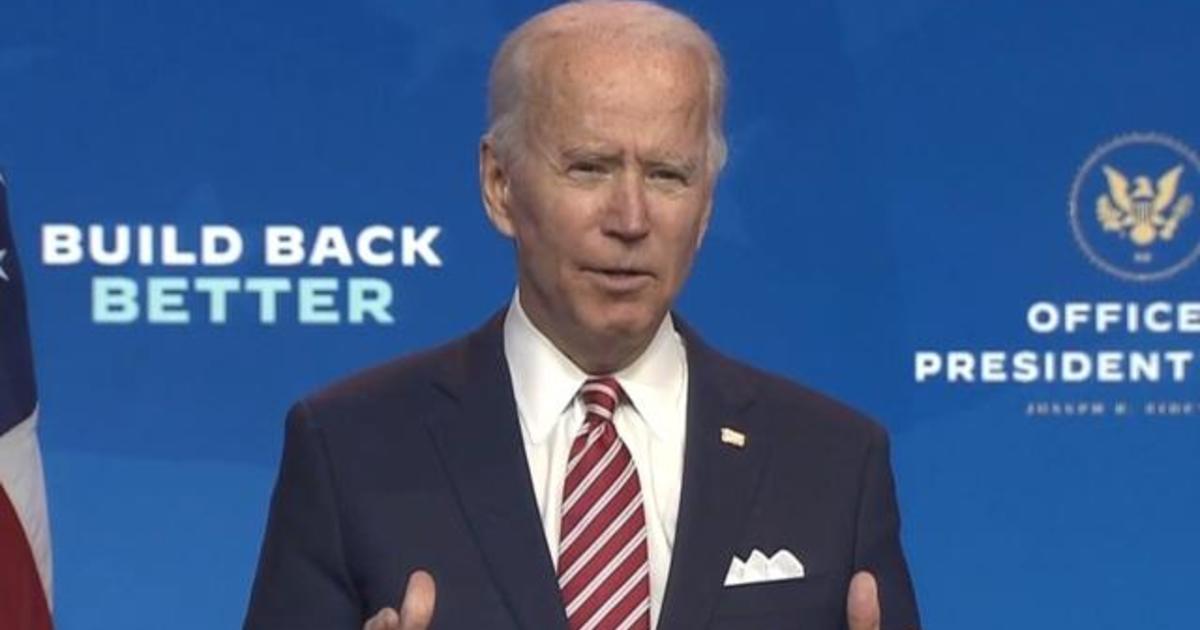