House Speaker Nancy Pelosi and Senate Democratic leader Chuck Schumer announced their support behind a $908 billion pandemic relief bill, seeking to end months of deadlock in congress. The $908 billion measure calls for $288 billion in small-business support and $180 billion for extended unemployment insurance, among other fiscal appropriations.

In a joint statement on Wednesday, Pelosi and Schumer backed the plan introduced Tuesday by a group of bipartisan lawmakers “While we made a new offer to [Senate Republican leader Mitch McConnell] and [House Republican leader Kevin McCarthy] on Monday, in the spirit of compromise we believe the bipartisan framework. introduced by senators yesterday should be used as the basis for immediate partisan, bicameral negotiations,” they wrote.  In their statement, Pelosi and Schumer also cited surging coronavirus cases and hospitalizations as they called for urgency in passing the bill. 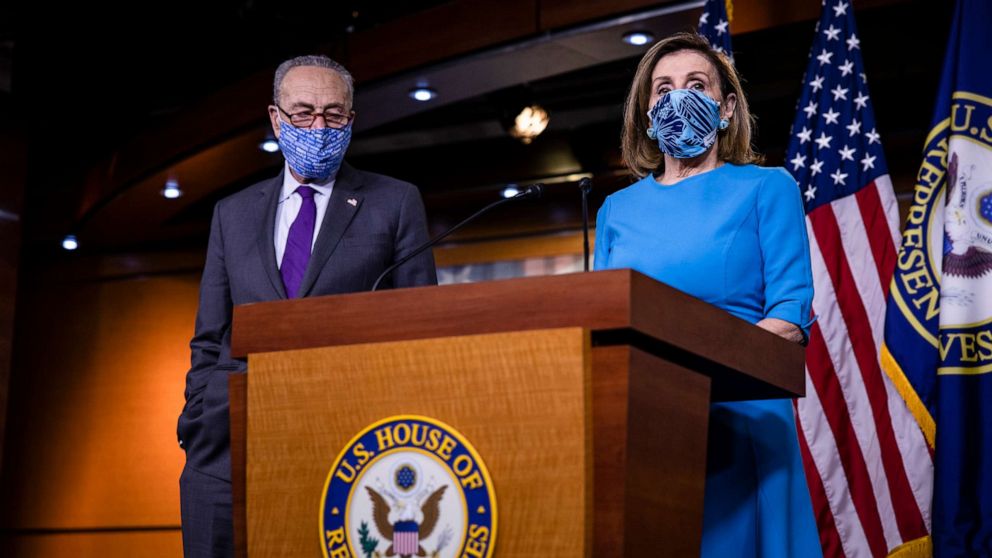 Pelosi, Schumer back bipartisan $908B pandemic relief proposal as basis for talks