Skip to content
By December 8, 2020National NewsLeave a Comment on 90-year-old woman in the U.K. Is First To Receive Pfizer/BioNTech COVID-19 Vaccine

A 90-year-old grandmother became Patient A on Tuesday morning as she was the first person in the world to receive the Pfizer/BioNTech COVID-19 vaccine outside a clinical trial.

Margaret Keenan, who turns 91 next week, received the shot — the first of 800,000 doses — at University Hospital Coventry in central England at 6:31 a.m., as part of a mass immunization program rolled out across the United Kingdom, according to a press release from the country’s publicly-funded health care system, the National Health Service (NHS),

Keenan said she feels “so privileged to be the first person.” She will receive a booster injection — re-exposure to the immunizing antigen after initial vaccination — in 21 days “to ensure she has the best chance of being protected against the virus,” according to the press release.

Last week, the U.K. became the first country in the world to authorize emergency use of the COVID-19 vaccine developed by U.S. pharmaceutical giant Pfizer and its German partner BioNTech. The potentially life-saving vaccine was shown in late-stage clinical trials to be more than 95% effective in preventing COVID-19. 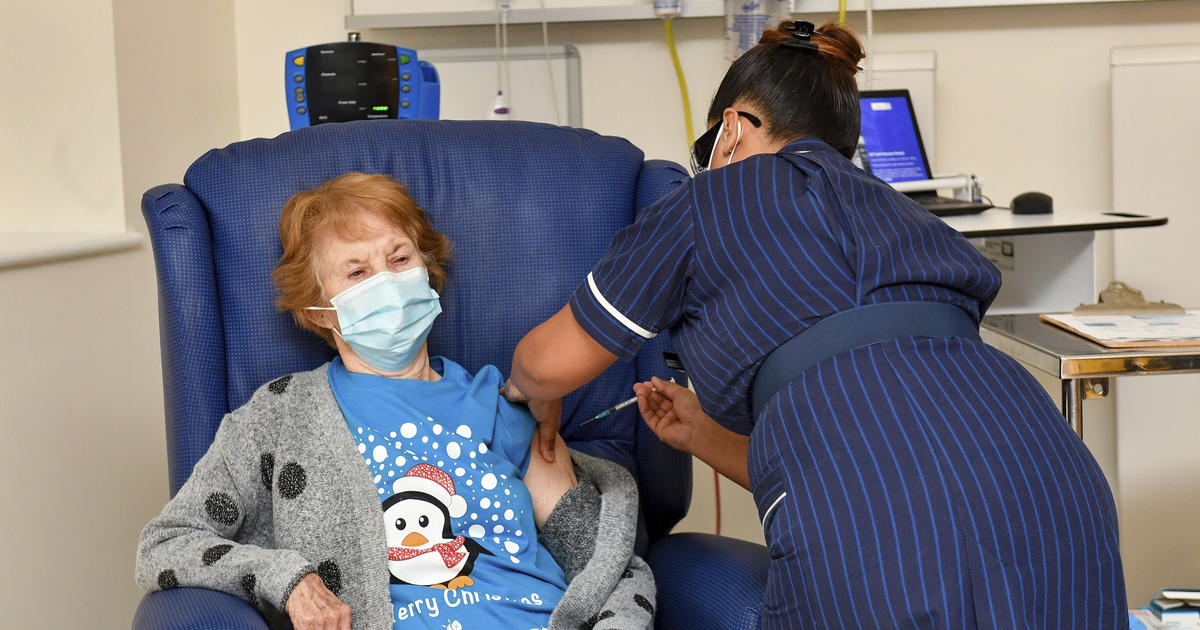 U.K. grandmother, 90, gets the 1st dose of Pfizer’s COVID vaccine