The new trailer shows Daniel LaRusso (Ralph Macchio) and Johnny Lawrence (William Zabka) put aside their differences and team up to save the Cobra Kai team. John Kreese, the original antagonist in 1984’s “Karate Kid,” is back and has taken over as the sole sensei of Johnny’s new Cobra Kai karate dojo with a ruthless “no mercy” philosophy. The new trailer also shows the recovery of Miguel (Xolo Maridueña), who was injured and put into a coma in the Season 2 finale. Johnny works with Miguel to train and learn to walk again. 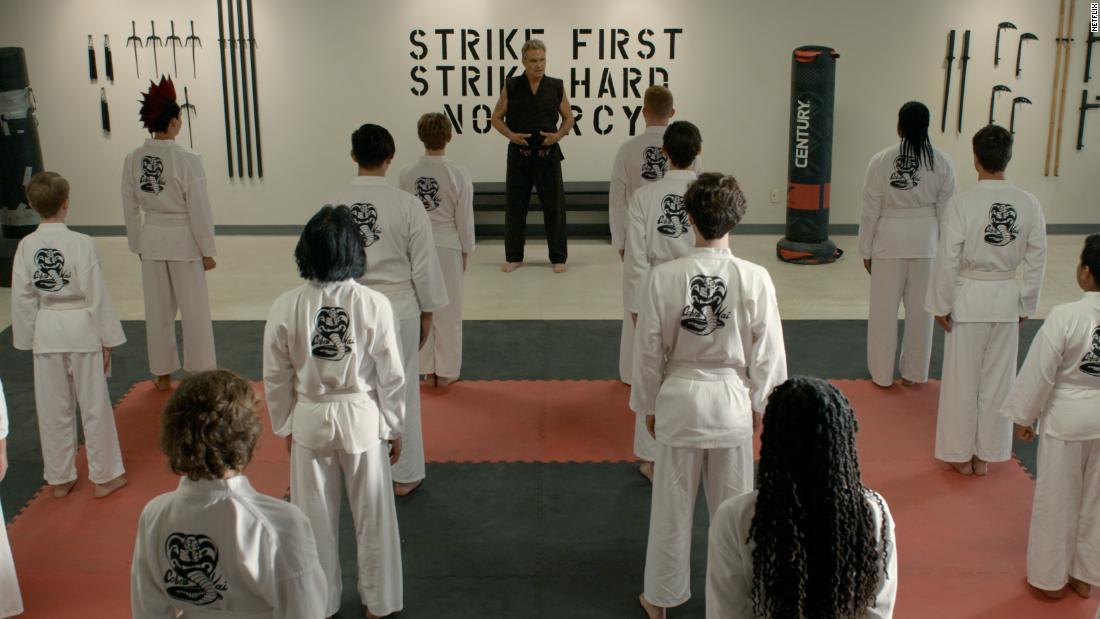