Skip to content
By February 24, 2021Entertainment NewsLeave a Comment on Bruce Springsteen teams up with Barack Obama for Spotify podcast ‘Renegades’

Former President Barak Obama and Bruce Springsteen have teamed up for a new eight-episode podcast on Spotify titled Renegades: Born in the USA. Obama and Springsteen will sit down to discuss race, fatherhood, marriage and the future of the United States.

Obama asks in the introduction of the first episode: “How did we get here? How could we find our way back to a more unifying American story? That topic came to dominate so many of my conversations last year – with Michelle, with my daughters and with friends. And one of the friends just happened to be Mr. Bruce Springsteen. On the surface, Bruce and I don’t have a lot in common. But over the years, what we’ve found is that we’ve got a shared sensibility. About work, about family and about America. In our own ways, Bruce and I have been on parallel journeys trying to understand this country that’s given us both so much. Trying to chronicle the stories of its people. Looking for a way to connect our own individual searches for meaning in truth and community within the larger story of America.”

Renegades marks the second podcast launched through Spotify as part of a deal Obama and his wife Michelle Obama announced in 2019. The Obama’s production company Higher Ground, partnered with Spotify to produce exclusive podcasts. Higher Ground is also partnering with Netflix on the release of Micheal Keaton’s new 9/11-themed film, Worth. 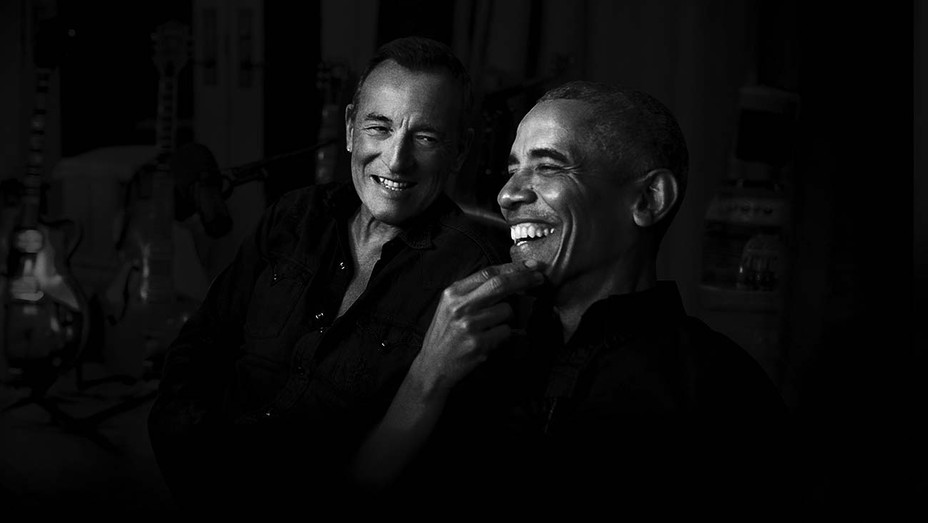 Bruce Springsteen and Barack Obama Team Up for New Podcast

Via consequenceofsound.net
Renegades: Born in the USA is streaming exclusively on Spotify. Bruce Springsteen and Barack…
02/22/2021 12:49 PM