Skip to content
By March 3, 2021National NewsLeave a Comment on At least 13 killed in Southern California crash involving semi-truck and SUV

At least 13 people were killed and a dozen others were taken to hospitals after a semi-truck slammed into a SUV carrying 25 people just north of the U.S.-Mexico border.

The highway patrol said the crash occurred at State Route 115 and Norrish Road, at about 6:15 a.m. PT in Imperial County, about 15 miles from the border. A Ford Expedition filled with 25 passengers was hit by a semi-truck full of gravel, the California Highway Patrol said. Those killed included Mexican citizens ranging in age between 20 and 55, while the injured were between 16 and 55. In total twelve people, including the Ford driver, were pronounced dead at the scene and another person died at the hospital.

The semi-truck was headed north on 115, south of Norrish, while the Ford SUV was traveling west on Norrish, just east of 115. Border Division Chief Omar Watson told reporters: “At this point it’s unknown whether or not the Expedition stopped at the stop sign, but it did enter the intersection in front of the big rig. CHP Subsequently the big rig collided with the left side of the Ford Expedition.” The CHP is in contact with the Mexican consulate in hopes of notifying next of kin. 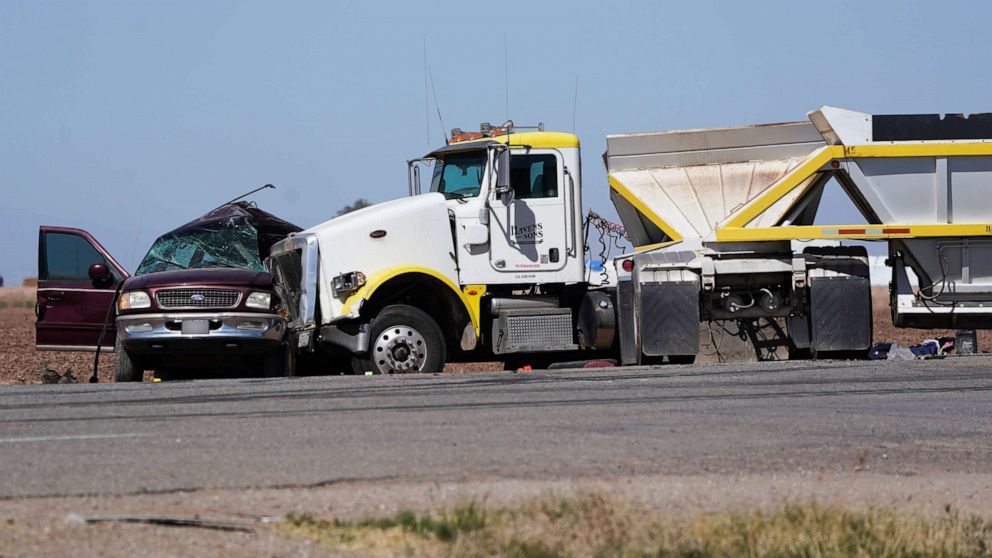 13 dead in California crash, some ejected from SUV carrying 25 people

Via abcnews.go.com
Multiple people have died in a two-vehicle crash in Southern California Tuesday morning, the…
03/02/2021 4:31 PM