A medical examiner ruled on Monday that the U.S. Capitol Police officer who died a day after supporters of former President Donald Trump rioted had succumbed to fatal strokes. The District of Columbia’s Office of the Chief Medical Examiner determined the officer, Brian Sicknick, died of natural causes in the hours after the attack on the Capitol rather than as a direct result of injuries inflicted by Trump’s supporters during the Jan. 6 siege.

D.C. Medical Examiner Francisco Diaz said an autopsy conducted on Sicknick revealed he had suffered two strokes caused by a clot in an artery that supplies blood to the brain. Diaz also said he found no evidence that the 42-year-old officer died from having chemical irritants sprayed on him by protesters, or from any other internal or external injuries. Capitol Police said Sicknick collapsed upon his return to headquarters after the riot and died at a hospital about eight hours later. Julian Elie Khater, 32, of State College, Penn., and George Pierre Tanios, 39, of Morgantown, W.Va., are accused of using bear spray to attack Sicknick during the riot. They are charged with conspiracy to injure an officer, assault on a federal officer with a dangerous weapon, civil disorder as well as other charges. 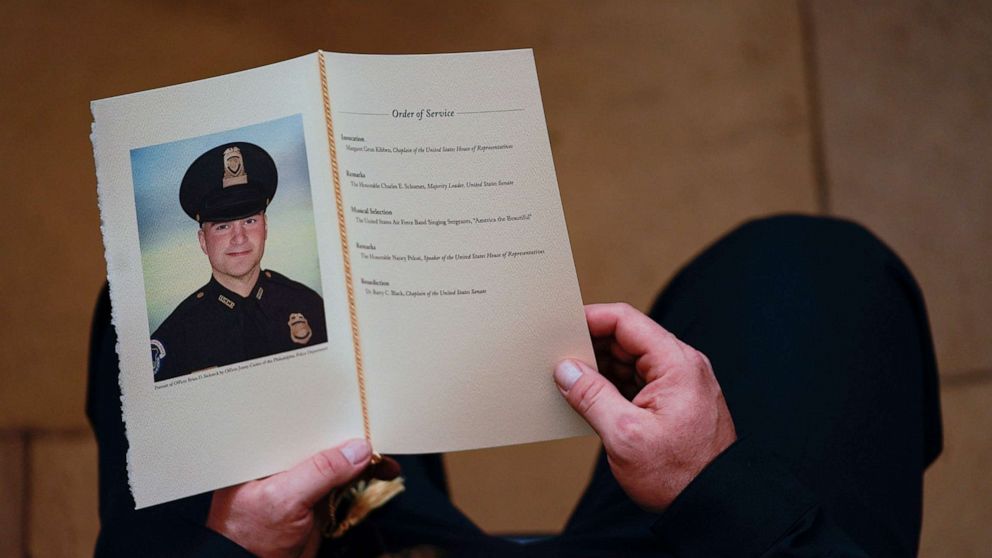