The 93rd Academy Awards was held last night, and due to the coronavirus pandemic the star-studded event took place at both The Union Station and the Dolby Theatre in Los Angeles with a limited audience. Some nominees also appeared via satellite from remote locations. Attendees were vaccinated, tested and seated in a socially distanced manner to keep everyone safe. People were allowed to take their masks off when the cameras were rolling, but had to put them on during commercial breaks.

Nomadland was the big winner of the evening, taking home awards in three of the biggest categories for Best Picture, Best Director, and Best Actress (Frances McDormand). Filmmaker Chloe Zhao became the first woman of color to win the Best Director Oscar, and is only the second woman ever to win.

Anthony Hopkins won his second Best Actor Oscar for his work in The Father, making the 83-year-old the oldest Oscar winner ever for Best Actor. Yuh-Jung Youn won the Best Supporting Actress title for Minari, and Daniel Kaluuya earned the accolade for Best Supporting Actor for Judas and the Black Messiah, which also picked up the Oscar for Best Original Song for “Fight For You.”

For the complete list of winners, see the link below. 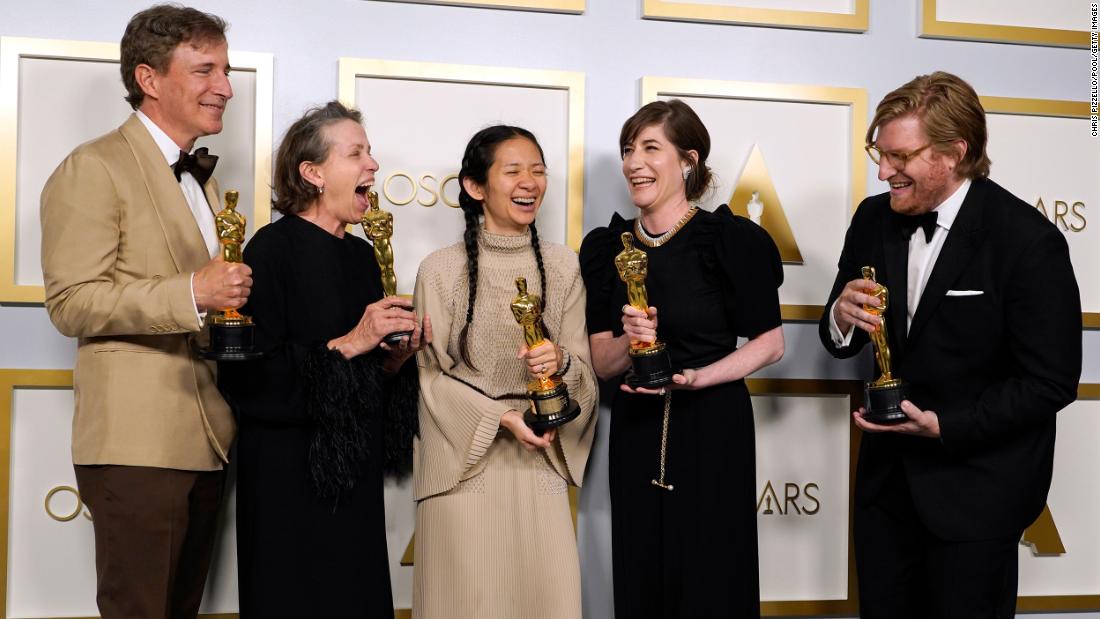 ‘Nomadland’ wins top prize at an Oscars that spreads the wealth