Skip to content
By May 3, 2021National NewsLeave a Comment on Republicans Susan Wright and Jake Ellzey advance to runoff for House seat in special Texas election

Republicans Susan Wright and state Rep. Jake Ellzey will advance to a runoff in the special election to fill a North Texas congressional seat.

Wright, the widow of Rep. Ron Wright and a longtime activist in local GOP politics, emerged from the 23-person field as one of the top two candidates to represent the 6th Congressional District, winning more than 19 percent of the vote. She was first to advance to the runoff. Ellzey advanced after the third-place candidate, Jana Lynne Sanchez, conceded Sunday morning. A runoff will take place because none of the candidates met the 50 percent threshold required to win outright.

A Republican has represented the district, a suburban swath of the Dallas-Fort Worth metroplex, for more than 30 years. The special election came about because of Ron Wright’s death after he contracted Covid-19. Trump endorsed his widow just days before the election, and after she advanced to the runoff, Trump said in a statement Sunday: “Congratulations to Susan Wright on her great surge yesterday which made her NUMBER ONE and assures her participation in the TX-06 runoff against another Republican.” 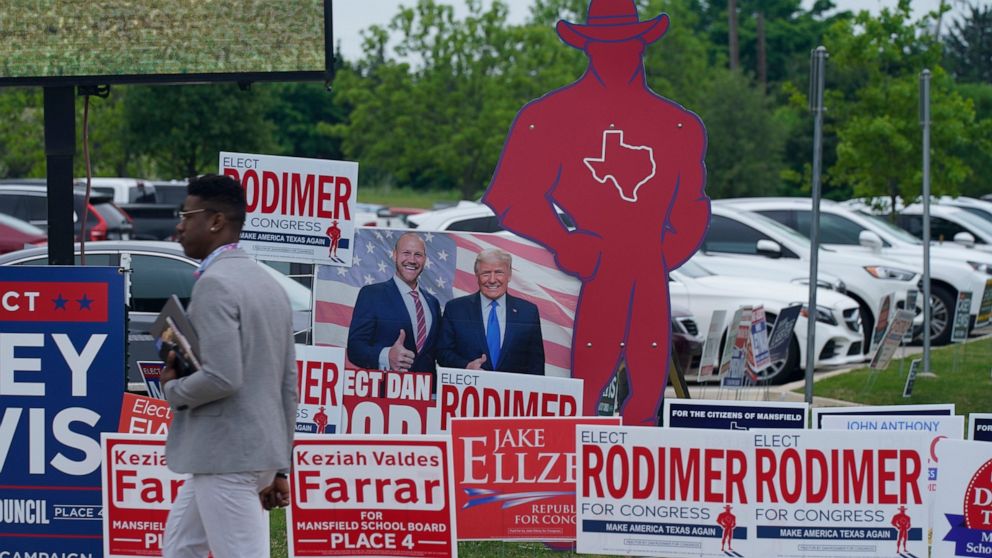